Three –time African champions Nigeria survived an intense dogfight against Cape Verde in Lagos on Tuesday to qualify for the final round of the African series for the 2022 FIFA World Cup finals.

Energetic and brave forward Victor Osimhen scored the Super Eagles’ only goal of the day and then worked assiduously at the fore and elsewhere to ensure Nigeria got the ticket, and in the process picked up both the Man-of-the-Match and Most Valuable Player awards.

Before the start, the Eagles stood atop Group C with 12 points, with the visitors at 10, and both knew it would be a mammoth fight all through the evening.

Nigeria got the best possible start when Victor Osimhen lashed in off a defensive mistake by Roberto Lopes after an in-swinger by Moses Simon caught the visitors’ rearguard napping.

But the lead was speedily erased when at the other end, William Ekong needlessly conceded a corner kick and then stood flat-footed as Stopyra connected to beat a flailing Maduka Okoye. This was in the 6th minute.

Four minutes later, Alex Iwobi’s shot was powerless to trouble goalkeeper Josimar Dias, and in the 24th minute, Leon Balogun’s header from a corner kick flew away from goal. Joe Aribo could have scored but his shots in the 26th and 30th minutes narrowly missed target. In the 33rd minute, returnee forward Odion Ighalo should have scored with a free header as the inspired Osimhen found him with a pullout, but the wall went narrowly over.

In the second half, the Blue Sharks, realizing they needed to score to advance at the expense of the Super Eagles, piled the pressure and came close on a few occasions, but Nigeria held on and were able to keep things tight at the rear to reach the final round of the series, scheduled for March next year. 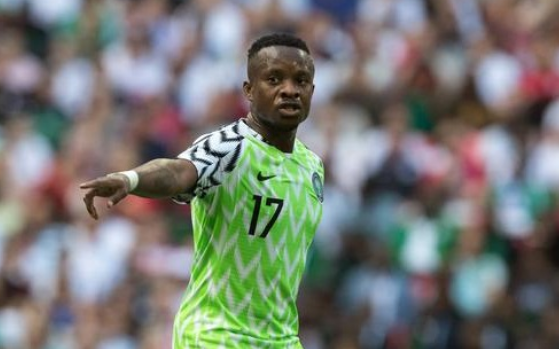 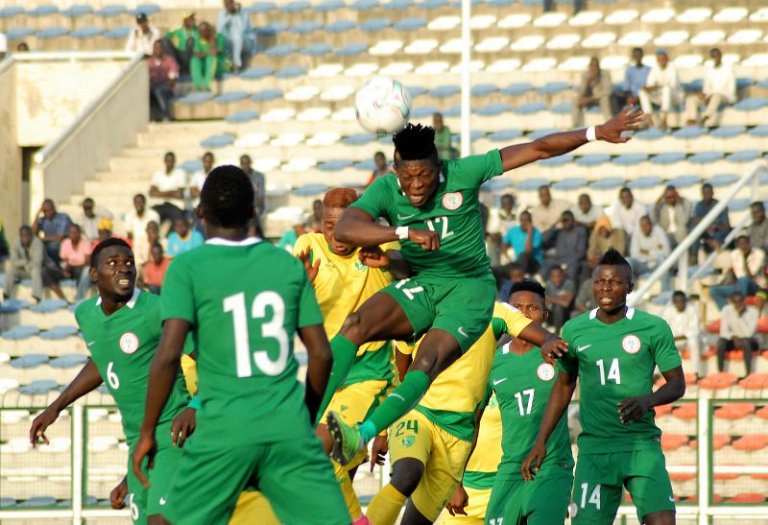