The quarter final pairings for the Men’s 2022 Aiteo Cup is now compete after Kogi United edged out two-time Cup kings, Akwa United 2-1 yesterday at the UNEC Stadium, Enugu in a Round of 16 fixture.

The stage is now set for the Wednesday’s Quarter final showdown across four venues with Niger Tornadoes in a North Central derby against Lobi Stars in Jos. Both teams met recently in a league game at the same venue in a rearranged fixture and it was Lobi Stars that won the FA Cup in 2003 that had the last laugh then, winning the game 1-0.

At the Ahmadu Bello Stadium, Kaduna, Wikki Tourists led by former Nasarawa United gaffer, Kabiru Dogo will lock horns with the Solid Miners with both teams eyeing a semi-final spot while three times FA Cup champions, Heartland FC will square up with Katsina United in Ilorin. Both teams needed penalties to beat Dakkada and Sunshine Stars in that order on Saturday.

The reigning Aiteo Cup winners qualified for the semi-final without kicking a ball after their foes, Abia Angels withdrew from the encounter while Nasarawa Amazons and Delta Queens needed penalty kick lotteries before eliminating Confluence Queens and Heartland Queens respectively.

*The match will be play on Wednesday 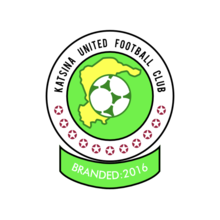