Fast growing Nigeria center back Philip orite Ipole has spoken about what God has done for him since he went to Europe to play for some Clubs.

The success football Academy Otukpo discovery was able to prove himself right from the time that foreign scouts spotted him from the famous Haruna Babangida scouting program and little known centre back was able to carry on with the performance to Kazakhstan much later to Russia precise fk olimp-Dolgorudnyi FC Moscow.

The Benue state Born football star always thought of the opportunities that came his way for him to hit stardom in Europe and to him in the good handiwork of God and the good spirits of his parents and we’ll wishers.

Based on his performance this season he was able to get handly offers from some top Clubs across Europe jostling for his signature but the 20 year old player is not in a rush to move but believes that God time is always the best.

“In life I don’t rush for things but I keep praying for God to take control of my movements and I strongly believe that with proper concentration one day I would be at the place God has design for me”. He stated.

Philip kept thankful to God that the season that ended he was injury free throughout.’ Am very much Happy that this season was well played that that I was very much safer from any injury to God be the glory for total protections’.
It was learnt that his foreign manager was working round the clock to make him get good contract coming season with some Clubs in central Europe are after his signature but he believes more on time shall tell. 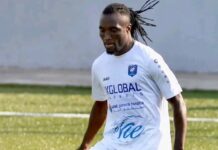 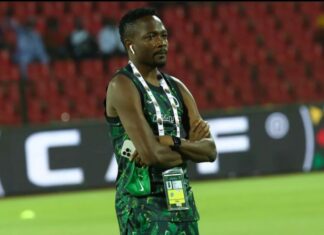 Gbenga Adeleye - July 2, 2022
Super Eagles captain, Ahmed Musa has shared a picture of how his professional football career all started. The 29-year-old... 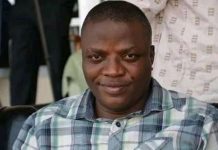 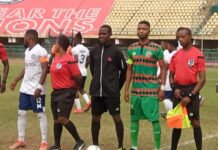