Modest Nigerian clubside, FC Mavlon in the Nationwide League One ( NLO), received baptism of fire at their on – going training tour of Europe when they lost 5-0 to a strong Bulgarian clubside, PFC Montana, www.totorinews.com reports.

The friendly game which was played on Friday morning at Evima Football Field, Montana, Bulgaria saw the Nigerian team comprising of U19 players conceeding two goals early in the first half.

Muyiwa Showole tutored- side gradually came into the game and tried to curtail the attacking forays of PFC Montana attackers, as the scoreline stood at 2-0 going into the break.

However, the second half proved more difficult for FC Mavlon, as they were exposed further by PFC Montana and their razor – sharp attack struck with three more goals to end the game 5-0 at the end of 90 minutes.

In a brief chat after the game, showole said that the most important thing remains the exposure the management of Mavlon have given to the players and he expects the team to play better in their next friendly game tomorrow.

“What happened was strictly a learning curve for the players. This is their first playing against Europeans and I really appreciate the efforts of the management of Mavlon,” Showole said.

“I believe the players might have used to shake off whatever anxiety in their play especially at the beginning of the game and I expects a better performance in our next game.

“Improvement is allowed in football and this what Mavlon FC will display in other friendly games lined up in this training tour of Europe,” he said. 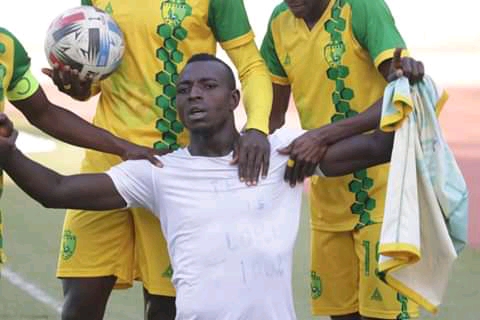