Africa’s football showpiece, Cup of Nations kicks off in Cameroon on Sunday against backdrop of controversy over players’ call-ups, the tournament’s timing, the host nation’s readiness and the possibility of superspreader COVID-19 infections.

Yet what is not clear is,who is likely to be crowned continental champions after the final on Feb.6, as a multitude of prospective winners make it likely that the tournament will maintain its tradition for rarely delivering on the form book.

Algeria is defending their title and go into the tournament with a lengthy unbeaten run, including their triumph at the last edition in Egypt in 2019.

Led by Manchester City’s Riyad Mahrez,they have been rarely stretched over the last 24 months but the rigours of tournament ,plus the tough conditions in Cameroon, will provide a severe test.

With their tactical flexibility, airtight chemistry and proven star-power, Algeria is definite favourites to repeat the feat in Cameroon.

Egypt, Morocco and Tunisia are the other North African countries, who are perennial contenders but have been disappointed in recent editions. Morocco, in particular, has gone into recent tournaments heavily fancied but has proved unable to live up to their billing.

West African giants Ghana, Ivory Coast and Nigeria are all past winners with high hopes, but have not been convincing of late.

Nigeria fired their coach Gernot Rohr last month, unhappy with their form despite the fact that they won their World Cup qualifying group.

Former captain Austin Eguavoen takes charge for a third spell, yet his appointment in the hottest seat in African football has been criticised by the fans.But Eguavoen, who led the team to a third placed finish in 2006; has ignored the mumblings of discontent and revealed the squad’s target in Cameroon is to emerge as champions.

New boss Jose Peseiro travels as “an observer”,with Nigeria in a tricky group.The Super Eagles must fly above their internal issues to reach the knockout stage.

2017 African champions, Cameroon begins their campaign on home soil against Burkina Faso in a Group A which also includes fallen giant Ethiopia, making a rare appearance on the big stage, and surprise package Cape Verde who has shown they are capable of hanging with the best teams on the continent.

Hosts Cameroon has been even less convincing, but their home win over the Ivorians in the World Cup qualifiers in November was a massive morale boost and has now placed a burden of expectation on their shoulders.

That leaves Senegal as the team with the best credentials.They were runners-up in 2019 and have strengthened their squad since, persuading many French-born players with Senegalese roots to join their side.

Liverpool’s Sadio Mane could play a key role in helping the country to their first Cup of Nations triumph.

Preparations for most countries, over the last fortnight, have been hard hit by players returning positive tests and having to go into quarantine.

However,squad sizes for this tournament have been increased from 23 to 28 to allow for the potential impact of the novel coronavirus.

Teams will also have to contend with inferior hotel and training facilities, with Cameroon, stretched by poor infrastructure, racing to get ready before Sunday’s kickoff.

The tardy preparations prompted an emergency meeting last month of the Confederation of African Football’s executive committee, which considered cancelling the tournament.

The Super Eagles of Nigeria takes record AFCON tittle holders Egypt on Tuesday at Roumdé Adjia Stadium, Garoua, but the football administrator predicts a tough tie, saying that the Egyptians’ side has a better understanding of themselves compare to the Super Eagles owing to the number of players plying their trade in the Egyptian League that are in the National team.

Mr. Julius tipped Senegal, Algeria, Egypt and the Atlas Lions of Morocco to make it to the last four of the 33rd Africa Cup of Nations in Cameroon.

Zonal President Youth Sports Federation of Nigeria, YSFON Mr Kali Gwegwe frowned at late sack of the former Super Eagles handler Gernot Rohr, stressing out that his dismissal would have come earlier in order to have better team spirit.

Mr Gwegwe noted that despite the shenanigans sorrounded by the three time Africa Africa Champions and the absence of talisman Victor Osimhen that he was optimistic of a better outing in Cameroon.

Former Nigeria International and Team Manager Bayelsa Queens, Mr Carlos Bienebi- Numa asserted that the opening fixture in group D against the Pharaoh’s Egypt would be a tough nut to crack due to the Northern Africans record in the tournament.

Although the interim manager Austin Eguavoen is not new in the Super Eagles but the 1985 under 17 World Champion believes that inexperience and lack of adequate preparation was capable of slowing the performance. 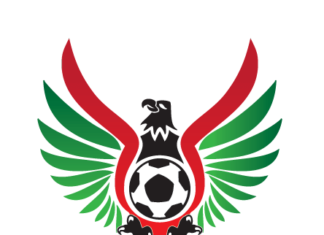 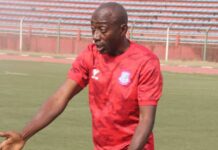