Nigerian midfielder, Akinkunmi Amoo made a scoring return to the starting XI for Swedish side Hammarby IF as he scored the game’s only goal to lead them to an important 1-0 win, over AIK on Sunday.

Without a win in their last two games, Head Coach Milos Milojevic corrected his last two matchday mistakes as he returned the quick footed midfielder to the starting XI, while pushing him further upfront to join the attack.

The 19-year-old Amoo, however hit the ground running from the blast of the whistle, with the game’s first real opportunity falling to the Nigerian after the half hour mark, and Amoo brilliantly dribbled past three markers before seeing his goal bound effort deflected wide for a corner kick.

The visitors then had a chance of their own at the other end but goalkeeper Dvid Ousted had to be alert to deny Nabil Bahoui from opening the scoring.

A mistake at the back almost proved costly for the host but AIK failed to capitalise on it with both teams going into the break level at 0-0, and of course, Amoo’s effort was the closest as the host came to finding a goal.

The second half, however started in similar scenario with the hosts, breaking from a swift counter attack and fellow strike partner Gustav Ludwigson, dribbled past his marker before squaring up for the Nigerian who made no mistake to stab home the opener just before the hour mark.

The goal brought out the best in Hammarby and they soon found the net again but this time the visitors were spared with the referee whistle coming to their rescue for an offside call.

Clearly not satisfied by the solitary goal, Amoo almost doubled his side’s lead fifteen minutes from the time he netted the first Goal but his well taken shot was matched by goalkeeper Kristoffer Nordfeldt in goal for AIK.

The visitors also had a chance to steal a point at the dead but fired wide from close range- although, Amoo’s strike proved to be the difference for Hammerby who returned to winning ways.

The strike took the 19-year-old tally to 7 league goals in the campaign with the midfielder also chipping in 3 assists to his name chronologically.

Hammarby have also moved up to sixth on the log with 37 points, gathered in 23 league matches.

They will next be taking on Ostersunds in the Matchday 24 encounter. 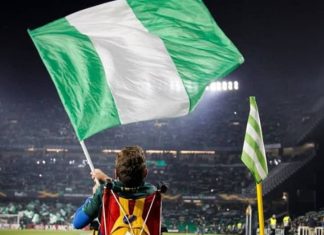 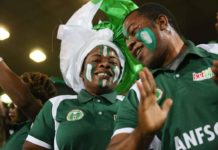 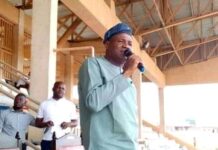 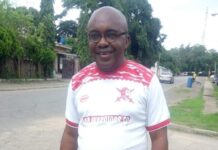 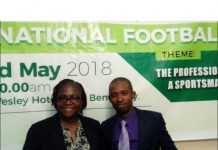