It is no longer news that Super Eagles of Nigeria will meet Tunisian Carthage Eagles in the round 16 of the ongoing TotalEnergies Africa Cup of Nations tournament that is taking place in Cameroon.

The two teams would rekindle their football rivalry this coming Sunday at the Roumdé-Adjia Stadium in Garoua. Nigeria perfected her record in the group stage by winning all the three games while Nigeria secured only one win from the three fixtures.

As we approach the crucial stage of the competition, coach Austine Eguavoen must get all his tactics right in order to avoid unceremonious exit from the competition.

Meanwhile, I would like to suggest the strongest lineup that might get the job done against the north African side on Sunday.

Maduka Okoye should retain his position in the goal post. I also expect William Troost-Ekong and Kenneth Omeruo to maintain their partnership in the central defense department. Ola Aina and Zaidu Sanusi should also keep their roles in the left-back and right-back positions respectively.

As Jay Jay Okocha rightly suggested, Eguavoen should try and deploy Joseph Aribo to play the role of a supporting striker while Kelechi Iheanacho should partner Wilfred Ndidi in the defensive midfield position.

I also think that Eguavoen should give Peter Olayinka a starting role ahead of Taiwo Awoniyi. Samuel Chukwueze should also start from the bench.

How expect the Super Eagles to file out against the Carthage Eagles on Sunday. 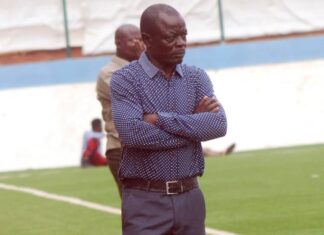 Gbenga Adeleye - January 10, 2022
Nasarawa United caoch, Bala Nkiyu says his lads were carried away after their 2-1 loss to Dakkada FC... 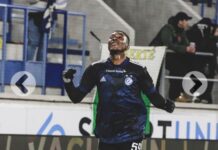 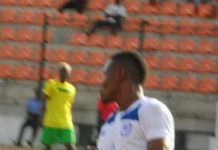