Ekiti State Football Association chairman, Bayo Olanlege has urged club owners in the State to be more “business oriented” if they must survive and do well in their various leagues.

Olanlege stated this at the end of the year lunch/meeting with National league playing club representatives in the State.

He opined that club owners must be ready to do football business the proper way so that they can reap from their sweat and not just do football for fun.

“If we must move from just doing football for philanthropic purposes, we must be ready to do football the proper way which is the real football business that is what will bring money,” said Olanlege.

He applauded the club owners for keeping clubs afloat despite paucity of funds and unstable economic situation in the country.

Reacting to the statement by the Ekiti FA Boss, Team Manager of Ekiti United FC, Adu Adedeji stated that the State owned team just like any other team is ready to work hand in hand with the State FA to move football forward and also work with other teams in bringing their talents to limelight in the State.

With the FA Chairman were a board member, Prince Oladipo Ebenezer and the Technical Director of Ekiti State FA Cadet teams, Coach Bolarinwa Idris. 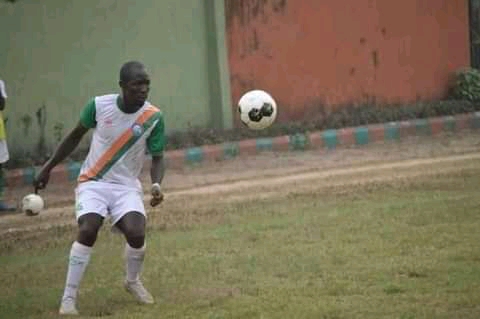 Beach Soccer tournament returns to Abuja at Jabi Lake… As team FCT Beach Soccer get first feel of the pitch.