Jabi Lake will be the busiest place to be in the coming days as Beach soccer tournament returns to Abuja.

The venue which is to host the event which is slated for the 14th to 16th of this month came alive on Saturday as preparation for the tournament began in full gear with the measuring of the arena and installation of the goal post in the presencs of former Captain of Super Sand Eagles now into Coaching Abdullahi Isa who came around.

Upon the work going on, Chairman of the FCT FA Alh. Muktar Muhammed stomed the venue and was full of praise to the commitment the Abuja Beach Soccer team is exhibiting to make sure that beach soccer revamps in the FCT

“ I really want to say a big well done to the team and I am really impressed with the level of what I have seen today it shows that the team is doing what they needed to do in order to make the event a success and I can assure you that the FCT FA will continue give you the maximum support needed”.

In his response, coordinator of the Abuja Beach Soccer Tournament Mr Mahmud Hadejia extol the FCT FA Chairman for the support so far and for him to taking his time to come to see the works ahead of the tournament

“I want to say we the Abuja Beach Soccer team want to thank you for coming to see us at this time and the believe you had on us to come out with a great tournament that will bring about best of moments in the next couple of days, We have great team with capacity, reputation and know how we are working very hard to make sure tournament is a successful one”.

Meanwhile the FCT Beach Soccer team had their first training on the pitch training under the tutelage eyes of Coach Abdullahi Isa who thought the players on the basic rules and techniques of the game to prepare their mind as a tip of what to expect from other teams that will be coming for the championship.

The Experienced player now Coach admonished the players that despite them playing regular football; the beach soccer is a special brand of football with several advantages attached to building their fitness level as many great players have also toiled on the part to use the beach for training.

The FCT Beach soccer team will return back to the field on Sunday evening as they continue preparation for the 3 days championship. 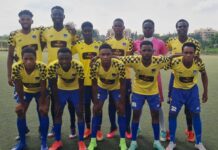 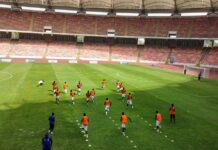 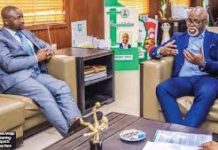 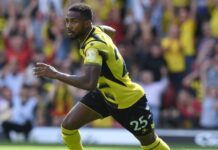 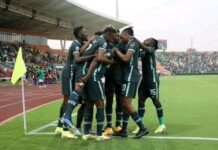