According to information from ESPN journalist Jorge Nicola, on his YouTube channel, Botafogo have offered Mikel higher values ​​than what he received at his last club, Trabzonspor of Turkey.

The figures proposed by Glorioso exceed $ 2 million (about R $ 10.6 million) per 18 months contract.

The Nigerian, however, asked for a little more in recent contact with officials. The Botafogo top hats guarantee that they have come close to the limit in terms of values, but maintain optimism about the ex-Chelsea player.

Mikel is married to the Russian Olga Diyachenko, model who has paraded in Rio de Janeiro and loves the city, according to the reporter. Because of this, she would consider a move to Brazil.

In addition, Mikel no longer wants to play in Turkey or China, the last two countries in which he played (for Trabzonspor and Tianjin Teda). 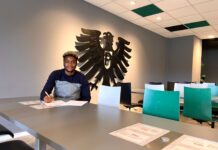