Iyaye arrived in Cairo on Tuesday night for the TotalEnergies CAF Women’s Champions League tournament in which Rivers Angels are one of the eight participating clubs.

The Jewel of Rivers suffered a heavy defeat in their opening group game to ASFAR Club of Morocco, losing 3-0 and on Tuesday night they lost to Mamelodi Sundowns of South Africa by a lone goal.

Iyaye who paid the team a visit at their hotel on Wednesday afternoon expressed his disappointment with the team’s performance so far but however tasked them to ensure they go all out on Friday to erase the bad results they’ve recorded so far in the competition.

“If I say I’m not disappointed then know that I’m lying to you and myself. The results from the last two games are totally unacceptable,” he began.

“However, we cannot leave this country without correcting these mistakes and the opportunity for this is on Friday when you play your last group game.

“Even if we don’t qualify, we should at least go out with our heads up high and prove to naysayers that we aren’t a bad side.

“Don’t let your previous outing affect your mindset ahead of Friday’s game. If we must go home, then we should do so with a bang,” added Iyaye.

Rivers Angels will be up against Kenyan side Vihiga Queens on Friday in their last group game by 4pm (3pm in Nigeria) inside the 30 June Stadium, Cairo. 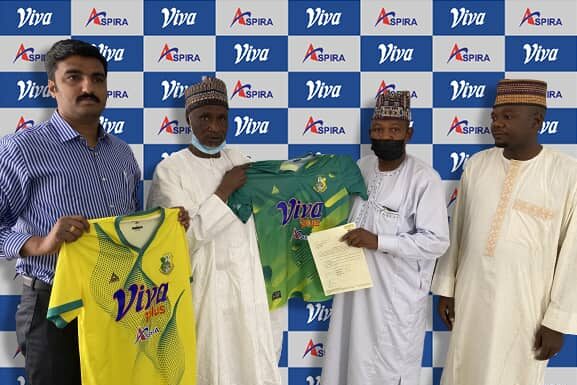