Ekiti United under the guidance of new gaffer, Kayode Olujohungbe has picked 30 players to prosecute the 21-22 Nigeria National League, NNL season which kick’s off this weekend at various match venues.

The club in a release dated 8th February 2022, signed by the Secretary, Ayodeji Olowolafe and made available to the press, the club management used the medium to appreciate God Almighty for His protection and guidance over the team, Ekiti State Governor, Dr. Kayode Fayemi and his cabinet, the commissioner for youth and sports development, Hon. Michael Awopetu and the numerous fans and supporters of the team.

According to the release, “Obviously, the task given to us is enormous, yet we are trusting God Almighty that we shall deliver by His grace as promised to do all within our powers to take Ekiti United FC to the Premier League in this 2021/2022 Football Season.

“It is on record that the journey for this season began with the appointment of new Technical Crew headed by Kayode Olujohungbe in October, 2021 and commencement of open screening began on the 1st of November, 2021.

“Over 380 players from the length and breadth of the country participated in the screening exercise all together, hence, it gladdens the heart of the management to applaud the yeoman’s job done by the coaches and to announce the final list of players to be registered for the season.

Continuing the release reads, “It should be noted that all the players that made the list are potentially and morally gifted and ready to go but the club is constrained by both financial and professional guidelines as stipulated by the league management to limit the number of registered players.

“To this end, the management wishes to officially inform the concerned players and the general public that the following players are expected forthwith at the team’s training program as from today 8th February, 2022.” 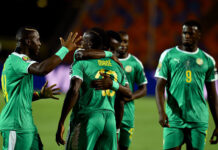 AFCON 2021: 3 Countries That Are Favorites To Win The Title