Osix who had a stint with Lobi Stars, FC Ifeanyiubah among other disclosed to FreeKickNaija.com.ng that it is time for him to move to another club after paying his dues with the Naze Millionaires.

He  said, he is still waiting for good offers before making his decision.

He appreciated the team management, his mates as well as the teaming fans of the club for giving a conducive atmosphere while he was with them. 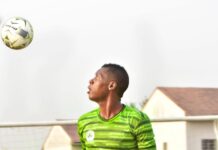 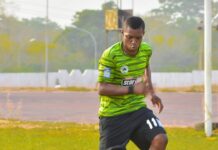