Katsina United gloves man, Mustapha Aliko says his side are well prepared ahead of NPFL match day 13 clash against league leaders, Plateau United at the Muhammad Dikko Stadium on Wednesday.

Aliko told FreeKickNaija.com.ng in chart on Monday evening that Katsina United have all it takes to decimate the Jos-based club despite their current form.

“We are well prepared for Plateau United. “We are well aware of their current form and how they humiliate teams whether at home or on the road.

“We no what to expect from the Maikaba boys and we are in good shape and mentally ready to send them back to Jos empty handed.

“The 1-1 draw against Wikki Tourists on the road at the weekend is a moral booster for us. We went to Wikki with a game plan and it worked for us but playing against Plateau United on Wednesday will be a different game so we have to change our game plan and approach because Plateau is more a compact side with lot of attacking football than Wikki Tourists.

“We have to keep our eyes on the ball from the blast of the whistle till the end because at any loss of concentration, Plateau United will reign you with goals,” said the former Sunshine Stars goalkeeper.

Katsina United are 11th on the league table with 16 points from 12 games played. 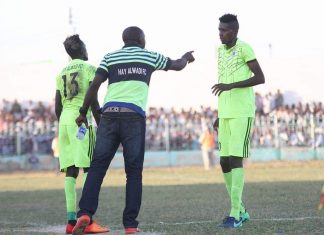 Freekick Naija - August 15, 2020
At least not less than three Nigeria Professional Football League clubs side are said to have indicated interest for the signature of... 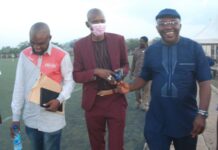 Finidi Reflects On Super Eagles Appointment, Says He Is 100% Behind... 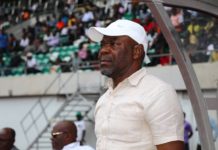 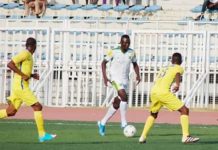