Heartland FC has been banned from signing new players for the next two registration periods and until they comply with a ruling by the League Management Company (LMC) in separate complaints of unlawful termination of contract and indebtedness filed by two former players of the club, Maduabuchi Okereke and Fatuwanse Alfred Olusegun.

Maduabuchi and Fatuwase had in separate petitions to the LMC dated November 5, 2019, bordering on claims of overdue payables, wrongful termination of contract and compensation. While Maduabuchi laid claims for a total of N10.400, 000, Fatuwase asked for a total of N6, 250,000.

In its ruling communicated to Heartland FC on February 17, 2020, the LMC noted that the club failed to respond to the claims of the players despite having been invited by the LMC to state its case through a letter dated January 28, 2020.

The LMC said the players and the club did execute separate employment contracts (in the form of the NPFL Standard Player Contract), the duration of which was 10th November 2018 to 9th November 2021.

The LMC rejected a letter of clearance purportedly issued the players by Heartland FC on August 28, 2019 and which was simply addressed “to whom it may concern”. It further noted that the clearance letter purported that, it was issued at the request of the players following which they were released with no further financial obligations from the club towards them.

In rejecting the clearance letter issued the players, the LMC stated that a “contract or agreement must be signed or executed by each party to the said agreement. The fact that the clearance letter was signed only by the Club through its General Manager indicates that it cannot be deemed to be an agreement that binds the Player”.

It further found that the players send separate default notice to the club on 30th September 2019, giving a deadline of 14 days for payment of the claims.

The LMC ruled that the improper release or clearance letter issued by the Club strengthened the Players’ claims of wrongful termination; and noted that “as a result of the failure of the Club to respond to the allegations, we are constrained to determine the case on the strength of the available evidence”.

Heartland was ordered to pay Maduabuchi the sums of N7, 200,000 representing the remaining two years of his three year contract and another N900, 000 unpaid arrears of three months consolidated salary stipulated in the contract before it was wrongfully terminated by the club.

Fatuwanse was awarded N4, 800, 000 representing the remaining two years of his three year contract and another N600, 000 unpaid arrears of three months consolidated salary as stipulated in the contract before it was wrongfully terminated by the club.

The ruling sent to Heartland and the petitioners further stated thus, “consequently, pursuant to Rule B9.45.4, the Club is banned from registering any new players in the next two entire and consecutive registration periods, provided that the ban will be lifted immediately upon confirmation that the payables overdue towards the Player are paid.

“If at the end of the period of the ban, the sums mentioned in 19a and 19b above are not paid, the matter shall be duly reviewed.” 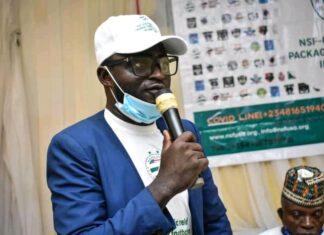 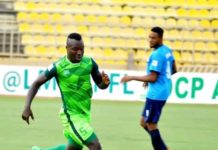 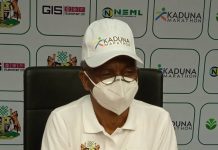 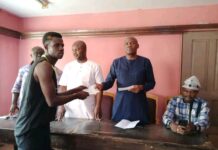 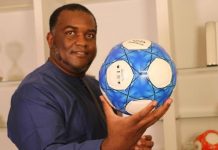