Clement Ofana, an artist who drew the picture of Super Eagles captain, Ahmed Musa has said his Joy knew no bound when Musa recognized his art work on Thursday.

The Physics/Maths education graduate from the then Adeniran Ogunsanya College of Education now Lagos State University of Education told FreekickNaija that drawing is his passion and was never taught.

The young artist stated he was trying to survive with his art work after the demise of his parents.

“I can’t express how I feel at the moment. “Ahmed Musa recognizing my work, it is massive for me and I still can’t explain how it all happened.

“Musa a public figure in global football. It is a plus for me. Honestly, his humility is next to none, an estactic Ofana said.

Ahmed Musa has appeared 107 times for the senior national team, Super Eagles player with 16 goals making him the the highest capped player for the country’s men team. 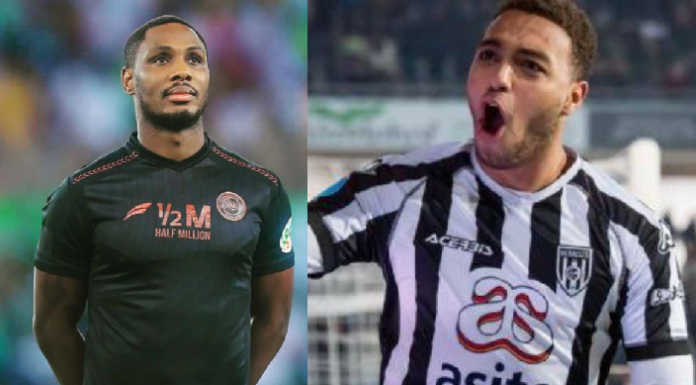