Okon Otop marked his debut appearance for his new club, Abia Warriors FC on Sunday as they defeated his former club, Warri Wolves FC 1-0 at home in the Matchday 17 fixture of the Nigeria Professional Football League (NPFL).

The bulky striker scored the only goal of the encounter as he was adjudged the man of the match.

He scored on the struck of 90th minute to condemn Warri Wolves to defeat after coming in from the bench for Jimoh Oni.

Otop found the back of the net from a close range as Warri Wolves Gk Ameh Godwin parried Yakub hammed fierce shot from a blind side to his side and his strike was all the Umuahia Warlords needed to bag the maximum points at stake. 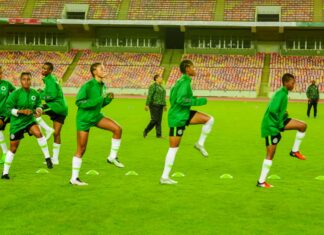 Gbenga Adeleye - May 12, 2022
The Confederation of African Football has appointed Namibian official Antsino Twanyanyukwa as the referee for next week’s FIFA... 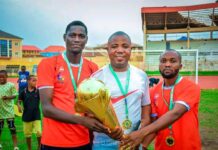 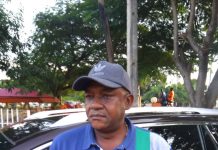