In adherence to the Federal Government’s directives on Covid-19, the management of Osun United has announced that no fan or supporter shall be allowed into the training ground of Osun United henceforth.

A statement by the Vice President of Osun United, Mr. Vincent Akinbami on behalf of the President, Chief Ademola Adesina and other committee members indicated that the decision was taken in good faith and in order to prevent any sanction on Osun United by the Federal Government or the country’s football governing body.

It would be recalled that the Minister of Sports, Mr. Sunday Dare in a statement on October 15, 2020 stated that “the lifting of restrictions on outdoor sporting activities including football is in line with earlier consultation with the Ministry of Youth and Sports Development and the National Centre for Disease Control.

However, this is limited to the actual sports itself, not with mass gatherings.“

In this regard, mass. gatherings including at sports events are still restricted, as this represents an opportunity for the virus to spread with an increased risk of a second wave.”

The management therefore urged all fans and supporters to maintain strict compliance with the directive of the federal government pending the time the restriction shall be lifted. 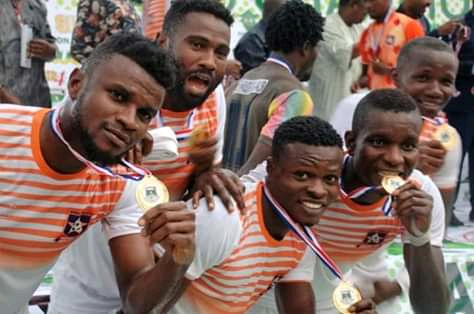