For football aficionados, Djibouti is not a familiar destination for young talents as it is a small country with a population of slightly over 800,000, tucked between Eritrea to the North, Ethiopia (west-south) and Somalia (south-east).
But that has not deterred Nigerian youngsters to accept offers from some of Djibouti’s top-flight clubs.
Royalson Olaseni Ohuei is one of Nigeria’s professional footballers plying his trade in Djibouti with AS PORT Djibouti. In an exclusive interview with FreekickNaija, he revealed why he accepted the invitation to join the four-time Djibouti Premier League champions in 2020.
“I have been in Djibouti for about a year and I played in virtually all the league and cup games since I arrived,” Ohuei noted. “The truth is that Djibouti is a developing nation when it comes to football, but I came here so that it can help me progress to a bigger stage in my career”.
The 22-year old defensive midfielder first moves outside the shores of Nigeria was to Niger Republic where he featured for AS GNN Niamey for two years before heading Djibouti. For him, this is a “stepping stone” considering his age and the experience he has gathered so far.
“I played in Niger and now in Djibouti. I don’t see it as a setback, in fact, I see it as a stepping stone for me to greater heights. I know that I am young and I still have time on my side as a footballer. I believe from here I will get to Europe or other better clubs,” Ohuei said.
Interestingly, many other African stars have made Djibouti their home as they are in the twilight of their careers. Players like former Arsenal and Barcelona player Alex Song; Former Espanyol goalkeeper, Carlos Idriss Kameni; ex-Galatasaray centre-back, Dany Achille and Senegalese striker, Diafra Sakho are all playing in the Djibouti Premier League. Ohuei expressed his feelings playing in the same championship with these African stars.
Hear him: “I feel privileged playing among them because is it a good experience playing among such big names and I see myself getting to the heights they got to and even surpassing their record.
Since the Djibouti Premier League just started, Ohuei reveals his objective for the campaign.
“My dream and aspiration is to help my team win the league and the cup. Last season we were unfortunate and we finished third, so this season we are looking up to winning the league and doing well in the cup games too.”
The league has 10 teams with the champions playing in the CAF Champions League and the last two teams relegating to the lower division. 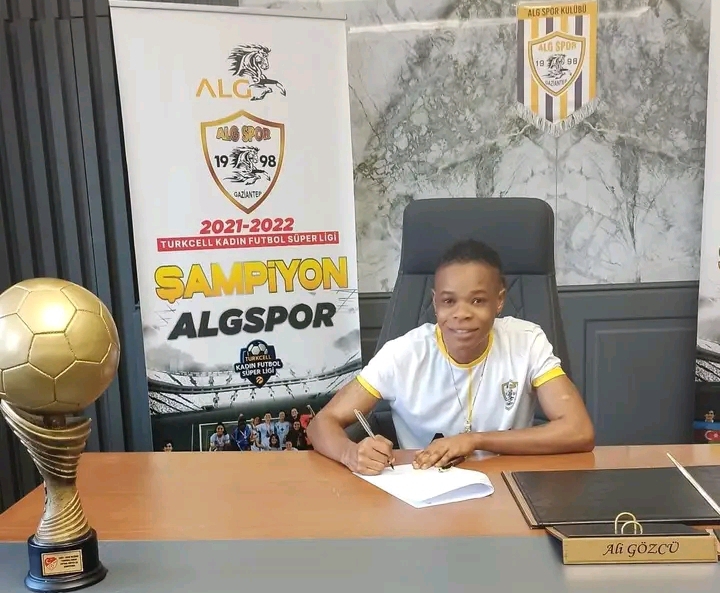