The management of Total/CAF Confederation Cup 2019/2020 hopefuls, Rangers International F.C of Enugu, Nigeria, has appealed to the continental football ruling body, Confederation of African Football (CAF) for a change to the time fixed for its group matches scheduled to kickoff on December 1, 2019.

General Manager of the Enugu side, Prince Davidson Owumi said that a letter of appeal has been dispatched to the continental body through the NFF.

“We understand and appreciate the fact that CAF reserves the right to fix time for matches from the group stage of the club competition but we find it extremely difficult to factor in the 14.00 hours (2.00 pm) time it has picked for us due largely to the humidity of the season,” Owumi said.

“Playing our scheduled matches at the time fixed will lead to loss of revenue, punishment for the players who are the main actors on the pitch and the spectators that would be sun-baked if they turn up for the matches with temperature reaching as high as 40 degree centigrade in an artificial field,” the former NPL boss stressed.

The G.M opined that for fair play to be seen to be practiced, the management has appealed to the relevant body (CAF) to positively look into the appeal and revert to the normal 16.00 hours (4.00 PM) which fans of the club have come to know as kickoff time for matches and for the health of the footballers and spectators as well as ensure that the economic value of the games are attained.

Rangers will play host to EgyptIan side, Pyramid in the first game of the CAF Confederation Cup at the Nnamdi Azikiwe Stadium. Freekick Naija - October 31, 2020
Sola shodiya is currently the rave of the moment in Malta with his two breathtaking goals during the week for his... 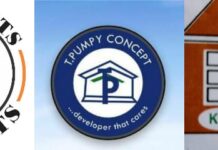 Super Eagles Star Who Has Emerged As One Of The Best...