The former Crown FC hitman who made his bow in the orange and blue jersey on Sunday, smashed home from goalmouth in the 61′ to help the Owena Whales record a second home win in the new season.

Sunshine Stars overwhelmingly dominated the opening half an hour, but failed to break the deadlock through the efforts of Isral Abia and Fuad Ekelojuoti in the period.

The marauding duo first combined brilliantly inside the opening 10 minutes as the later layed up for the former who miscued attempt at goal was easily dealt with by the visitors.

Two minutes later Ekelojuoti could not find a way to guide in off a delightful ball whiped in by Waheed Adebayo from the byline, before seing another effort at goal thwarted by a desperate United blocking in the 19′.

The visitors grew into the game in the closing stages of the first half and managed to head into the break unhurt.

And it was the away side that threatened first at the restart as the long range effort of Denis Nya almost caught Saliu Suleiman napping in the 47′.

And in the 52′ Sunshine Stars’ Abia outsmarted his markers to drill agonisingly high against the run of play.

Nwankwo eventually secured the win for the hosts 29 minutes from time, finishing off in cold blood after Akwa United failed to clear their line from a miscued Anthony Omaka’s effort inside the area.

The result moved Sunshine Stars into the top half of the table with 8 points, putting the Promise Keepers’ possible resurgence and first win of the season on hold till at least match day seven.

Sunshine host another struggling traditionally strong side in Nasarawa United next weekend. 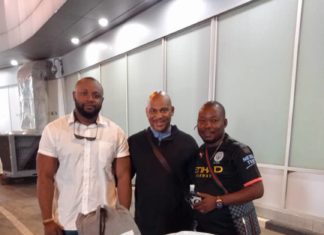 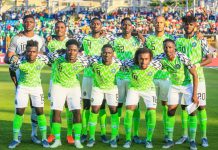 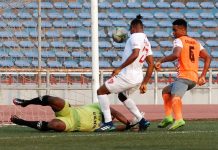 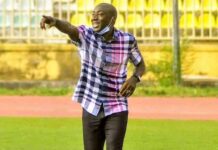