Going by the current situation of things in the camp of the Super Eagles, Augustine Eguavoen might have to rely on either Taiwo Awoniyi or Sadiq Umar to lead the attack at the forthcoming 2021 TotalEnergies Africa Cup of Nations tournament slated to commence from January 9th.

Super Eagles are drawn in Group D of the competition alongside Egypt, Guinea-Bissau and Sudan.

Nigeria’s first game is on the 11th and it would be against the seven times Champions of the competition.

If Taiwo Awoniyi is elected to be the main striker for the Super Eagles at the tournament, I would like Eguavoen to consider the following three players that should play behind him and give him all the necessary supports.

Iheanacho has proven to be a decent attacking midfielder that can create chances for the main number nine as well as score the goals by himself. I think Eguavoen should consider playing Iheanacho just behind Awoniyi.

Kelechi Nwakali could offer more than just creativity for the Super Eagles? team. The SD Huesca midfielder is good in moving forward and won’t leave Awoniyi short of opportunities.

Umar could play a valuable role if deployed to the attack alongside Taiwo Awoniyi. He has been brilliant throughout the drilling sessions in preparation for the forthcoming tournament in Cameroon. 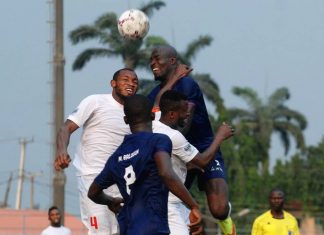 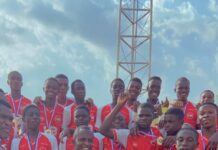 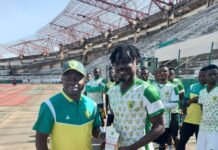