Martins Usule scored on his first Nigeria Professional Football League start for Enyimba Football Club since December to pave the way for a 3-0 win against Sunshine Stars at the Enyimba Stadium on Sunday evening.

The rampaging young winger, Anayo Iwuala, Stanley Dimgba, and Usule had openings to widen Enyimba’s lead before the break but fell short as the People’s Elephant pinned the visitors to their half almost for the entirety of the first period.

Enyimba’s second arrived thirteen minutes into the restart when Dimgba received Olisema’s through ball to dribble past Ojo and fire into the top corner.

With barely sixty seconds left in added time, Dare Olatunji tapped home the rebound from substitute Jean-Marie Guera’s strike to add glamour to a magnificent display by the eight-times champions.

Up next for Enyimba is a midweek trip to Gombe to face bottom-placed Adamawa United in a match week 25 fixture.

“We have to give a lot of commendation to the players, they did very well. Anybody that is here at the stadium will see what they put in as a team. The teamwork was so massive.

“We’re not saying the Sunshine didn’t do well, they also have a lot of quality in their team. They did very well but on this day, our team chemistry prevailed. The team chemistry, the combinational play at the final third, it was massive, we created more than enough.

“The three goals, with due respect to Sunshine, could have been more. About the combinational play, it’s something that is unstoppable and we want to ensure we continue to polish that and get better with it.

“Getting those three goals is a good compensation for the hard work.” 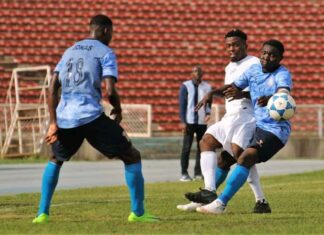 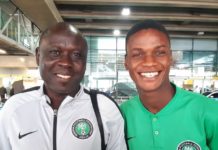 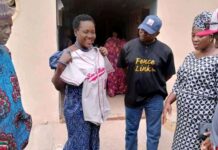 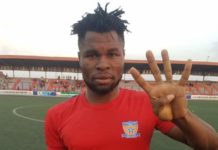 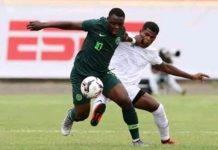