Ekiti United gloves man, Peniel Tersor says his team away form is a major “worry” for him despite their decent display on the road.

Tersor told FreeKickNaija in a chat on Thursday morning in Ado-Ekiti after his team 1-0 defeat to Vandrezzer FC in the Nigeria National League match day 5 at the Agege stadium on Wenesday evening.

Tersor who was left-out of the match day squad expressed concern on how results have not gone their way on the road.

The coach Ayodeji Ayeni side has lost three successive away games by a single goal margin since the commencement of the league.

“It hard to take when you loss by a single goal away especially in a game were you deserved a point(s),” said the former Jeunesse Sportive D’ Agonlin FC, Benin Republic goalkeeper.

“We (Ekiti United) have performed well to at least pick a point in our away games but it not going our way at the moment. Losing three away games on the bounce by the same goal margin is hurting.

“We have to pick ourselves up and put the defeat at Vandrezzer behind us. We have to remain focus ahead of weekend game against Osun United.

“Am confident the team will get it right soon and start nicking points away from home.”

Ekiti United will take a trip to Ilorin this weekend when they be the guest of Osun United. 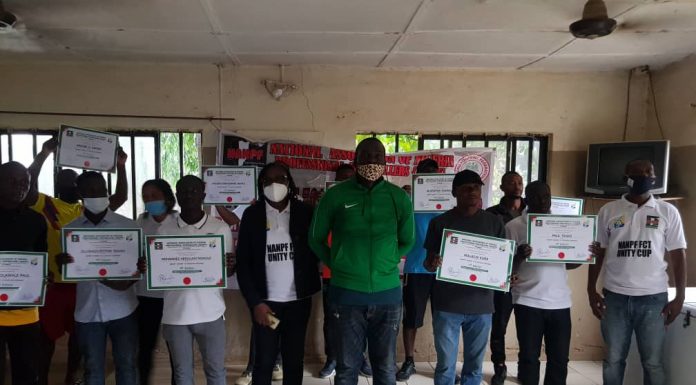