The Nigerian Taekwondo Federation has expressed optimism that the country will present its best athletes at the forth-coming African Championships in Rwanda after a successful staging of a two-day trial.

The trials which took place between Thursday and Friday, saw athletes from across the country converge in Abuja in a show of athleticism, vigor and skill.

President of the Federation, Abdullahi Saidu opined that all hands are on deck to help the athletes compete favourably and that the Federation will do everything within its powers to ensure only the best are sent to Rwanda.

Speaking on the opening of the trial, national team Coach of the NTF, Mr Ibrahim Yahuza said the selected athletes will go into closed camping ahead of the championship slated to hold in Kigali, Rwanda’s capital early next month.

While noting that the Open Trial will cover all the 8 categories in both male and female, he added that the technical crew would want to select 16 athletes to represent the country provided the federation and the ministry of sports could provide the financial backings.

“The two-day trial is to select the best for the country in preparation for the forthcoming Africa Championship in Kigali, Rwanda. The Africa Continental Championship is a default tournament meaning that any athlete who takes part in the championship will be eligible in gaining 40 points which will add up to his 2024 Olympic participation aspiration in Paris.

“In taekwondo, we have both 8 male and female categories, but we hope to have the 16 athletes to represent the country. But that depends on the financial capabilities of the federation and the sports ministry. If at the end of the day we are able to have our best 4 for each categories, that will augur well for the national team,” explained.

The Continental Championship is coming up in first week of July in Rwanda.

He stressed that the trial was for every taekwondo athletes in the country because the federation had not have tournaments for over a year adding that the trial provided opportunity to assess the performances of the athletes.

“The trial is for everybody and they are expected to come here so that the federation will checkmate your proficiency level of performance or standard competitive readiness.

“Over a year we have not had any national competition since the National Sports Festival. The national ranking has been stagnant and as you know, sports is about current performance. We don’t know whether the athletes are sleeping and there is no data base which we can monitor their progress. That is why we came up with the national trial to see their current form.

“But we have an athlete who have been to the Olympics, Elizabeth Anyanacho who is currently in Germany where she has competed in the Australia Open and fortunately she was able to win a bronze medal for the country. With her standard, we can say it is not necessary for her to come to the national trial based on her standard. But those who are not in such privileged position, we expect that they should come here to test their level of competitive readiness.”

He emphasised that “there is no age limit. As long as you are within 18 and 32 years of age, you are eligible to participate.

On his part, the Chairman, Publicity and Media Committee, NTF, Godwin Abah, said the selected athletes will be invited to close camping for the championship.

“The selected athletes will go into camping immediately. Next week, the national camp will be called up here in Abuja so that they we stay at least one month to prepare for the championship.” 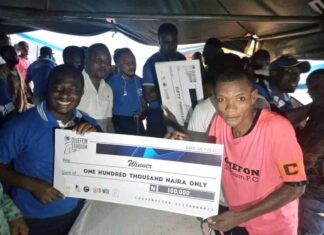 Freekick Naija - October 14, 2021
By Isaac Afolabi A lone goal from Olaegbe Idowu in... 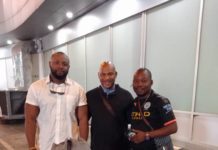 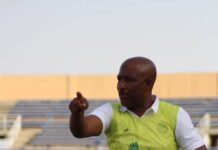 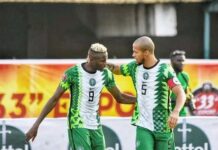