Young and talented goal scorer, Obiora Kingsley has maintained his scoring abilities since he joined the newly promoted Jigawa Golden Stars FC of Dutse last season with his goals majorly making the club to gain promotion to the elite league.

The kaduna based goals machine has contributed to the scoring of more goals to the Badaru Boys since he made his Mark at the up front as a top striker of the club even at the just concluded preseason tournament in Kano last week where he was able to register some goals and contributed some assists.

According to some journalist that covered the preseason games stated that the youthful striker should be given opportunities at the Home based Super Eagles to showcase his talent.

When our reporter approached him to comment on his goals scoring abilities he has this to say.”first and foremost I need to thank God for giving me the good health to play and the Technical crew of my club for having confidence in me and my team mates for supplying me with passes at the right time since football is a team work and collective efforts.

“Day in Day out my coach in person of Coach Rabiu Tata always tell me to always think of scoring of goals as a striker and I should have more confident on the balls than losing the balls to opponents but how ever am working harder to score more goals at the premier league come next month November when the league officially kicked off”.He stated.

www.freekicknaija.com.ng noted that Obiora Kingsley has turned down alots of offers from other clubs to still play for the newly promoted Jigawa Golden Stars tars FC Dutse. 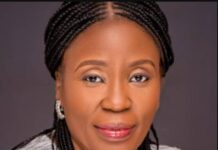 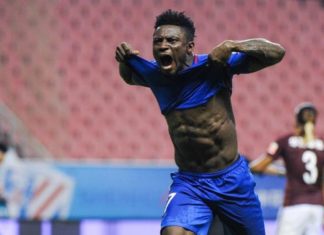 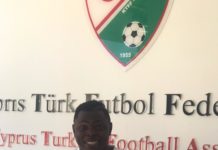 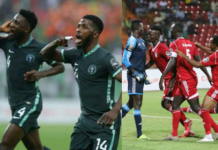 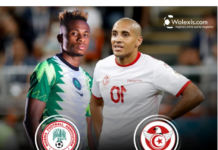 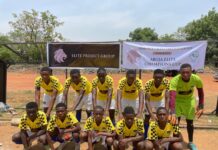