FCT FA boss Adam Mouktar is satisfied with the opportunity given to young lads to be seen by national team coaches during the FCT FA Chairman’s U-13 Gold Cup that was held at the Bwari Area Council.

The National Association of Nigeria Professional Footballers (NANPF), FCT Chapter in collaboration with the Bwari Area Football Council had organized a tournament consisting of 10 teams which were named after the FCT FA Chairman’s office.

However, the Champions were made to play against the bests of the tournament to close the competition in style.

Head Coach of the future Eagles, Haruna Ilerika, and his Eaglets Assistant Coach, Bummi Haruna were both present to see the young talents, a development that is of great delight to the FA Chairman.

Mr. Adams Mouktar, who was ably represented by Coach Ijeomata Chuks, the Chairman of AMAC Coaches said the FA Chairman is delighted with the presence of the national U-15 coaches, noting that it is a plus to the players.

“Generally, you can see the national coaches that are around here. This is a plus for these boys. Some of them, without mincing words, will get called up to the national team and they will go there to prove their best and that is how their career can spring up. This is a great opportunity for them and I pray it will come to pass” he said.

Ijeomata Chuks, therefore, added that “I am mandated by the FCT FA Chairman to come here and represent him based on his tight schedule. He was so passionate about this tournament. He donated the prize money for this tournament to make sure the boys are happy and you can see the excitement everywhere on the faces of these kids

“And you know the FA Chairman, one of the cardinal points in his campaign was to develop grassroots football and discover talents in the FCT, Not just in the municipal, in the Area Council and you can see Bwari Area is coming alive with sporting events so likewise other Area Councils which are his dreams and facility development as well.

“As you can see nothing is here but at the same time, the FA Chairman is doing enough to see that soonest, pitches around the Area councils will be developed for proper playing” he stated

He, therefore, called on the government to help support the FCT FA with the development of football facilities. 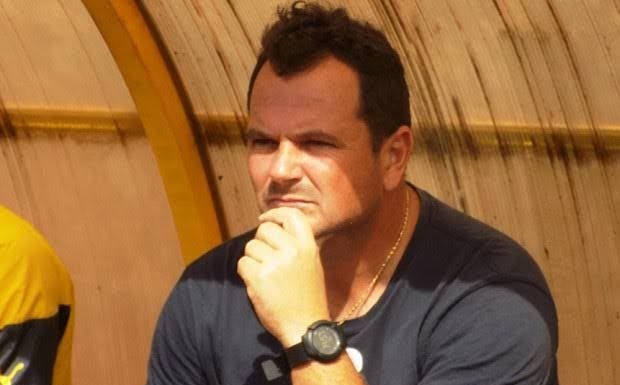