Midfielder Ezeala Uche was the hero for Shooting Stars as he scored his first Nigeria Professional Football League (NPFL) goal that gave his side victory over visiting Kano Pillars.

The former Go-Round FC man latched on a poorly defended corner kick in the 13th minute to give his side an important win the Matchday 18 encounter.

Uche who is marking his debut season with the Oluoye Warriors noted that scoring his first premier league goal for Shooting Stars is the first of many to come because he wants to be part of the club’s history.

“It was an important goal for the team and it meant a lot to me because Shooting Stars is a great team. I am happy and I want to be part of the club’s success story,” Uche told Freekicknaija.

Speaking on what he hopes for the team as the season gets into the second phase. “I will always give my best,” he quipped.
” I hope we can win a trophy this season or at least achieve a great feat for the club.”

Having moved to Shooting Stars this season after featuring for Go-Round FC in the second tier of Nigeria football, he stressed that playing for his current club is one of his childhood dreams fulfilled.

Hear him: “As a little boy, I always heard about 3SC and I always wanted to play for the club because of the followership it has and the respect it commands. To the glory of God I am now one for the Oluoye Warriors. I am happy to be here and always be ready to assist the team.”

Shooting Stars are currently in the 11th position on the log. The will play a successive home game as the welcome Nasarawa United in the Round 19. 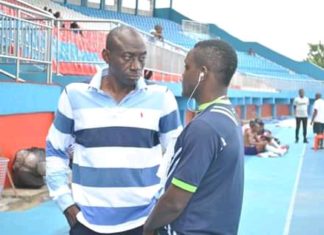 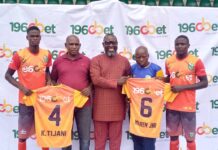 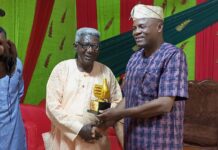 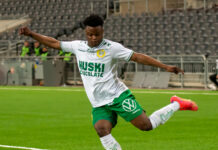