Rivers United came from a goal down to defeat Sunshine Stars 2-1 in an exciting Nigerian Professional Football League (NPFL) clash decided on Saturday.

United started tentatively and duly got punished when a shocking goalkeeping error by Darlington Ovunda, who was making his ever league first start of his career, allowed Sunshine Stars to take a shock lead.

Omo Jesu Ogunniyi smacked into an unguarded net from close range to silence the home faithful.

It was a richly deserved lead for a start full of verve and endeavor which almost culminated in a well-worked goal in the 13th minute.

A devastating counter attack by the visitors had seen Jide Fatokun pull away on the near side and his inch-perfect cross found Omo Jesu unmarked just inside the Rivers United penalty area.

The forward struck firmly enough but saw his goal bound effort kept out impressively, from point blank range by Ovunda.

To their credit, United fought back gamely and were immediately back on level terms as Peter Ubakanma swept home from a corner with the visitors failing to clear their lines.

It was Ubakanma’s first ever league goal for United following his arrival from the MFM club just over a season ago.

United almost took the lead for the first time in the game three minutes before the half hour as visionary play and incisive passing by Esor Nelson.

Malachi Ohawume, who had just moments earlier, replaced the injured Ogbonna Onuoha, latched on the brilliant passed and fired a low effort which seemed destined for the bottom corner only for the Sunshine Stars goalkeeper, Soliu Suleiman to produce an excellent save.

United started the second half on the front foot and quickly earned a penalty which was easily dispatched by Konan N’gouan.

United had several other opportunities to extend their lead but displayed profligacy on more than a single occasion to keep the visitors in the game.

They were almost made to rue those missed chances when Sodiq Yusuf dragged a shot wide from 12 yards with the last kick of the game.

“When they scored the first goal, it didn’t demoralize us. The players came back into the game and went on to get the second goal and now we have broken the jinx.

“Henceforth, Sunshine Stars will fall in Port Harcourt,” he said.

Rivers United have now moved to seventh on the NPFL standings with 15 points from 10 matches. 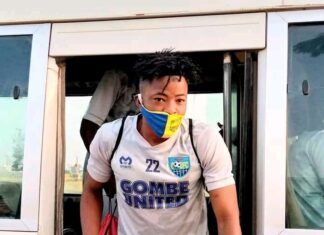 Freekick Naija - September 26, 2021
Gombe United is one of the four clubs that recently gained promotion to the Nigeria Professional Football from... 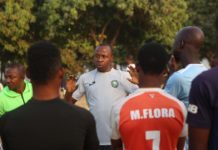 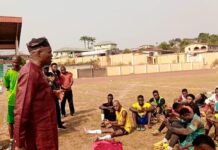 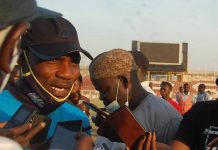