Head Coach of the National U-15 football team, Haruna Ilerika has called on the Federal Government to make sports a prominent agenda on national youth policies.

He made this claim when he spoke to the press after watching the IB Sports Academy team take on Bwari Area Football Council U-13 All Stars team at the Bwari Township Stadium on Sunday, November 22, 2020.

The National Association of Nigeria Professional Footballers (NANPF), FCT Chapter in collaboration with the Bwari Area Football Council had organized a tournament consisting 10 teams which was named after the FCT FA Chairman, Adam Mouktar- FCT FA Chairman’s U-13 Gold Cup.

Ilerika had another opportunity of seeing raw talents and could not hide his feeling.According to him, there is nothing interesting as grassroots football. “You can see lots of children here enjoying themselves and you can see that there is no euphoria that is more than this in the game. Kids are the future of our game”

He therefore stressed that of all other activities, sports have most attention of kids and their involvement, adding that government should take sports more seriously in the national youth policies.

His words “It would be encouraged, if in the national youth policy; to see sports take an impact in it because I don’t see any activity where kids participate more than sports. It’s a very wonderful one. “Am happy with what I have seen here today and we are hoping that in the very shortest time if God gives us the opportunity, one or two of these boys might have the opportunity of enjoying what the people in the city are enjoying because this is grassroots football and we have seen the best of it, Wonderful job to the coaches, wonderful job to whoever owns the academies where they have come from because it has shown that they are impacting something in them.The national U-15 boss also showered praise on the FCT FA Chairman, Adam Mouktar, and his board for dwelling on grassroots developments.

“There is a mandate that was given to them before they came in and I think they are already doing more than the mandate. I want to appreciate the FA Chairman and his board for giving this opportunity to these kids of this Area Council.” 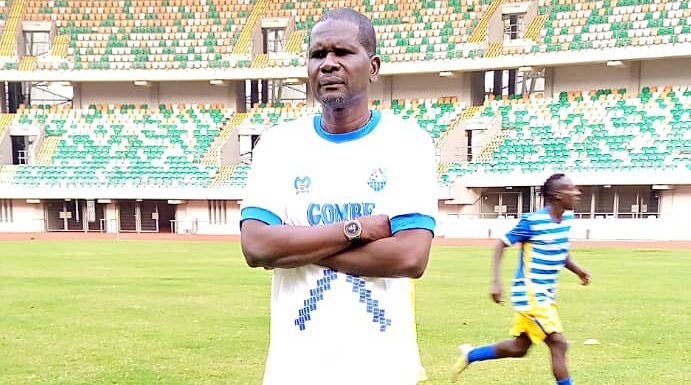