The Super Eagles have departed for Benin Republic where they are billed to face the Squirrels in a 2021 Africa Cup of Nations (AFCON) qualifier on Saturday.

A tweet on the team’s handle on Friday morning showed photos of the players and officials leaving their hotel in Lagos State to Benin Republic.The Nigerian team will travel by boat for the game, months after they played their last match in the AFCON qualifier.

Although the Benin Republic shares a border with Nigeria, reports suggest the Eagles are going by sea largely due to the concerns over the condition of the road connecting the two nations.

There were fears over the move to travel by sea but the Nigeria Football Federation (NFF) and the Head Coach of the side, Gernot Rohr, have assured the team that they will enjoy the trip.

The 2013 African champions have called up 20 foreign-based players including in-form Leicester City forward, Kelechi Iheanacho for the game.

On Wednesday, the Eagles had visited the Lagos State governor, Babajide Sanwo-Olu and presented him a jersey with the leader of the nation’s commercial centre describing football as a national treasure.

The three-time African champions had defeated Benin 2-1 in the reverse fixture of the match played in Nigeria back in November 2019.

After Saturday’s encounter, the team will return to Nigeria to face Lesotho in another AFCON qualifier on Tuesday in Lagos State.

Rohr’s men are top of Group L standings after four games in which they have amassed eight points with their neighbours trailing them by just a point. 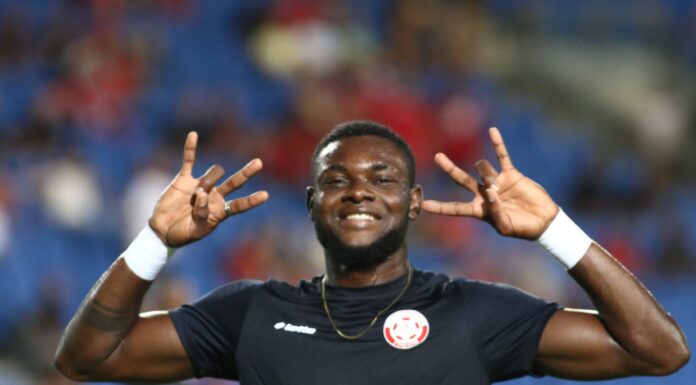